“Walk into my mind to see an uncanny blend”. Poet, Writer and Rap/Spoken Word artist. Plumbline was born in Lagos Nigeria, in his Lagos Island hometown (he will vehemently oppose you if you declare Lagos a ‘No man’s land’). As a kid, he was influenced by Local Poets like the late Mamman Vatsa and later on caught up with the works of the Late Ken Saro Wiwa. He also read almost anything he could lay his hands upon, including Yoruba poetry which he identifies as the root of Hip-Hop.

His defining moment was when he heard Kurtis Blow’s “Basketball” and “If I ruled the World,” having been previously exposed to Pop and Discotheque, this was to him a paradigm shift. By the time he was in high school, he started writing his own rhymes and continued till the University where he got his First and Master degrees as a Geologist/ Applied Geophysicist. 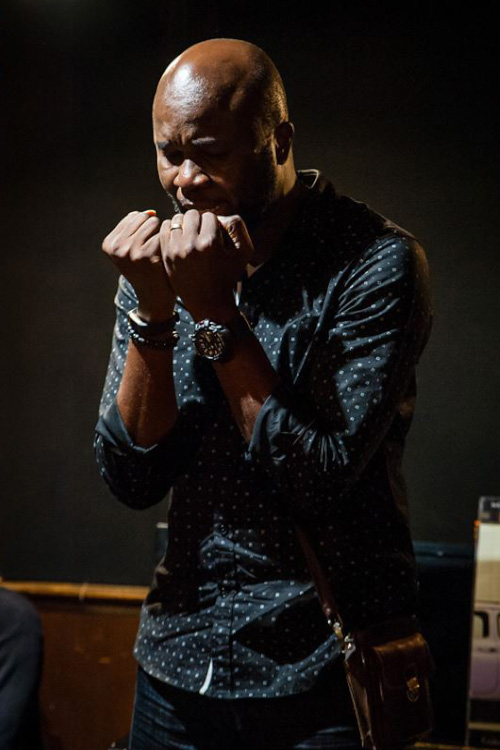 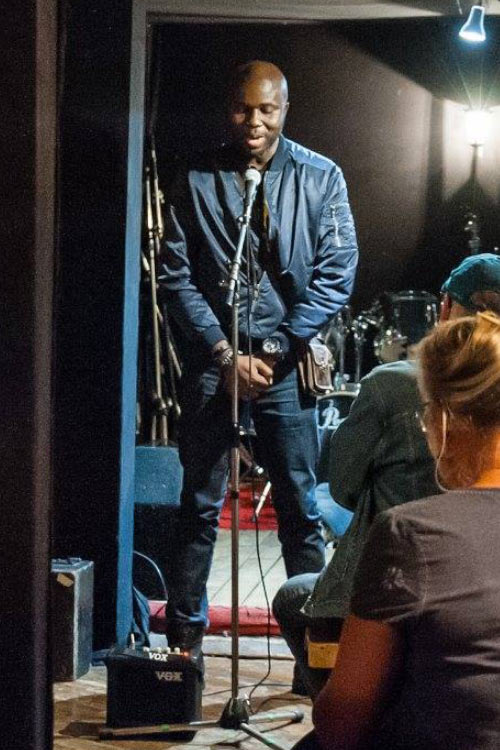 He started out Performing between 2004 – 2006 and always caught attention with his stark storytelling, intricate rhyme schemes and wordplay. About that time, a budding community of spoken word poets was developing, aided by the emergence of cafés to provide after-office-hour hangouts for the young working class. In that regard, he is seen as one of the pioneer spoken word poets in Nigeria. He loves to tell the Nigerian story, warts and all, because he strongly believes old wounds only truly heal when re-opened and treated.

He is one half of H.I.D.D.E.N, the other half being Nigerian Poducer, Kraftmatiks. Together they are working on a Project for the Internally Displaced Persons from the Boko Haram Insurgency in Nigeria.

In 2018, He joined the Angorra Poets and Spoken Word  Paris both in Paris, France and did headline in September at Au Chat Noir. Heard of the 2018 Shame Concert in London Canary Wharf? He put up a Stellar Performance alongside his day one, Snatcha of the Rooftop MCs